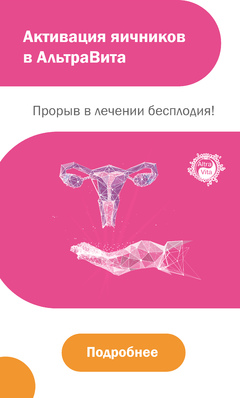 Name E-mail Question By clicking on the button, you consent to the processing of your personal data

No time to read

Pregnancy During Menopause: Is It Possible?

All the organisms in nature are going through the certain cycle of development and decay, and people are not an exception. Female reproductive senescence usually characterized by the menopausal transition. During this time, the possibility of getting pregnant goes down, but the percentage of unplanned pregnancies increases due to a variety of causes.

First, before we start questioning the possibility of getting pregnant during the menopause, we have to remember that all of the processes in a human body are closely interrelated, and the endocrine system has a strong influence on each of them, including the process of conception. The average age for onset of menopause is 50 – 52 years old, but it can happen earlier. The entire transformation of the females’ endocrine profile occurs within the first ten years after the beginning of menopausal transition, and the reproductive functions disappear within 1,5-2 years from the onset of menopause. This means that it is possible to get pregnant during the first two years of menopause.

Is it possible to get pregnant intentionally during menopause, and how the pregnancy is proceeding during that time?

Since the ability to conceive remains during first years of menopause, a healthy woman has a chance to become pregnant. In a medical practice, there were documented cases of pregnancies achieved via ovarian stimulation with hormonal treatment during the menopause.

It is possible that menopausal pregnancy will cause some negative consequences. Yes, childbearing, birth and breastfeeding, are attended by the hormonal changes that are beneficial for health. However, later on, female’s state of health might change due to the lack of vitamins and microelements, as well as to inability of an aging body to absorb all beneficial substances.

It is important to understand that pregnancy cannot postpone menopause because this process is biologically programmed to occur at certain age.

Modern medicine helps women to get pregnant and to give a birth to a healthy child during a menopause. However, not all women have such opportunity at this time.

Doctors do not have one universal opinion on this matter and cannot guarantee a healthy pregnancy without any complications and abnormalities for women in their late 40s. According to statistics, there is a higher possibility for women in their 40s of giving birth to a child with serious pathologies and illnesses like Down syndrome.

Moreover, pregnancy at this age might cause a higher risk of ectopic pregnancies and miscarriage.

Women menopausal disorders are - commonplace phenomenon in women during menopause. They arise against the background of estrogens deficit in woman's organism and come out with various symptoms, bringing sensation of discomfort and occasionally break general habitus at all.…

How to become pregnant with menopause

Is it possible to become pregnant with menopause

A woman at any age is beautiful with her values ​​and needs. When she turns 45, the production of ovaries that is produced is extinguished, estrogen and progesterone are already being produced to a lesser extent. As a result, the process of ovulation, through which fertilization…

Women who think that with the onset of menopause the chance of becoming pregnant tends to zero - are greatly mistaken. You can get pregnant during menopause and even give birth to a healthy baby, but you need to know all the detailed information about it. According to…

Get a free consultation with a gynecologist

Shushkova Alexandra Grigorievna
Work experience 11 years
Name E-mail Question By clicking on the button, you consent to the processing of your personal data

By clicking on the button, you consent to the processing of your personal data
Your application is accepted!
We will contact you shortly.